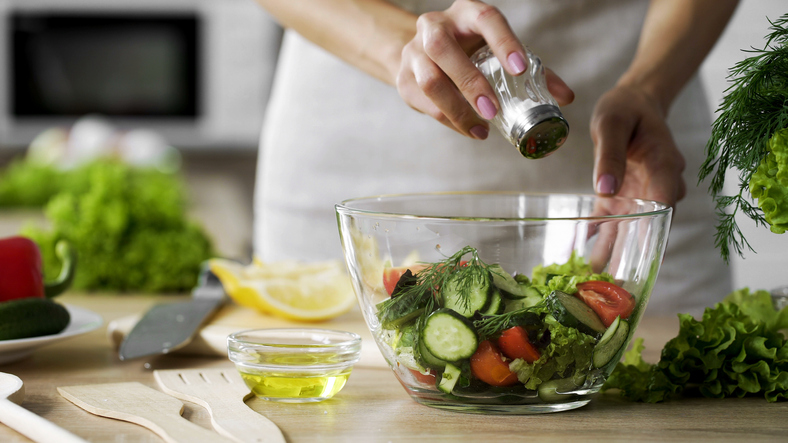 It’s hard to stop eating salt, but that’s not necessarily a problem. Not only is salty one of the five basic tastes detectable by humans, but consuming an adequate amount of salt is critically important for survival. Quite literally, we can’t live without it.

But sometimes our sodium intake can be a little excessive. On average, American females consume 2,980 mg per day; their male counterparts consume over 4,000 mg. Compare that to the recommended maximum of 2,300 mg. That’s why a team of researchers from Washington State University is looking into ways to reduce sodium chloride levels in popular foods.

Human taste testers and an electronic tongue machine helped the researchers look for ways to dilute sodium chloride with similar substances.  By using calcium chloride, the team was able to reduce sodium levels by 22 percent without detectably compromising taste. By using a blend over time, one can gradually reduce salt intake to a healthy level.

For reference, one can of Campbell’s chicken noodle soup currently has well over half the recommended daily intake of sodium, while one serving of Stouffer’s lasagna has 77 percent of the advised amount. Cutting down on the sodium in each serving could leave room in a well-balanced diet for these salty delights.

Thanks to the work at WSU, health-conscious consumers may soon have the benefits of a “low sodium” option without compromising the taste they love. Read the original article here.